To reinforce the Carthaginian army of my client, i was commissioned to paint a few generals plus an elephant with some extra crews for other elephants. Between the generals, the most famous one, Hannibal, is included. Those miniatures are by Gripping beast, while the elephant and the crew are by Crusader.
All figures are correct, but some of the horses are poor, very poor. Also mount the elephant, two valves of metal plus tower, all metal, was a bit of pain. Included in the elephant base there is a dead roman soldier, it’s a small resin piece, not sure which is the manufacturer.
All the elephant’s crew have been magnetized with a neodymium magnet, as well as the raider. In the base of the tower there is a metal plate, and hidden under the driver’s place, another neodymium magnet. Overall painted by brush, except the elephant who got a couple of coats by airbrush. 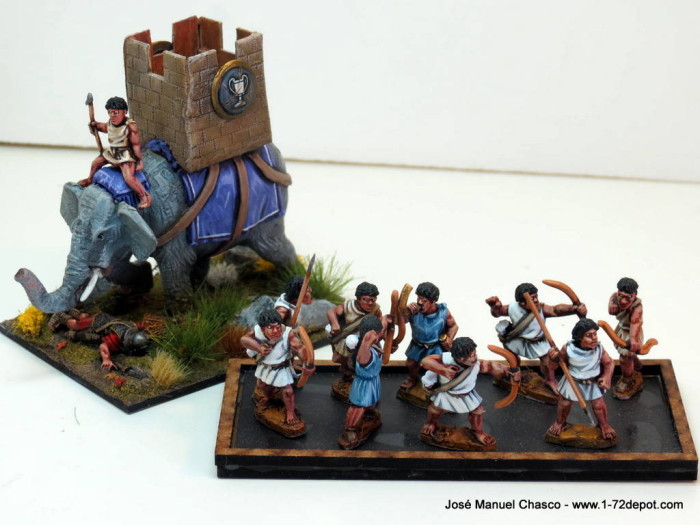 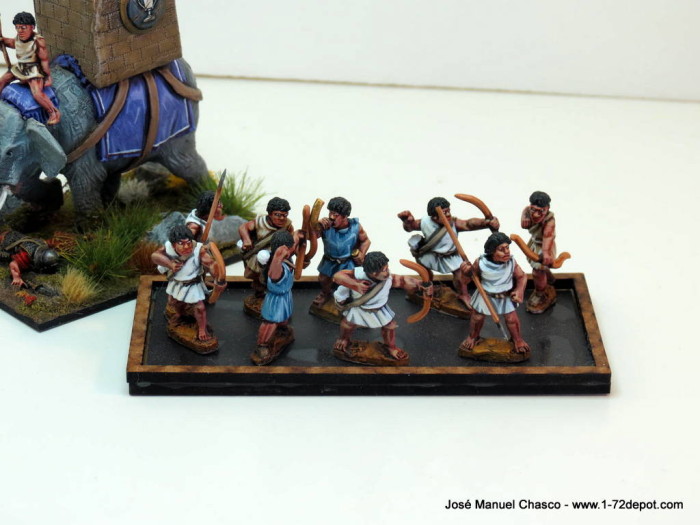 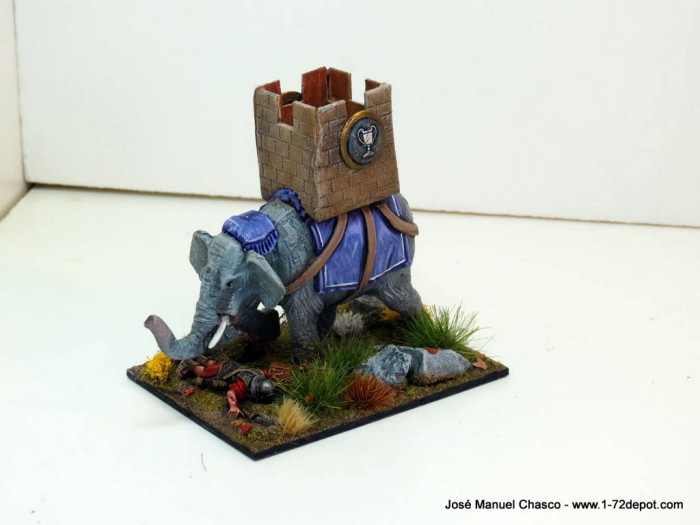 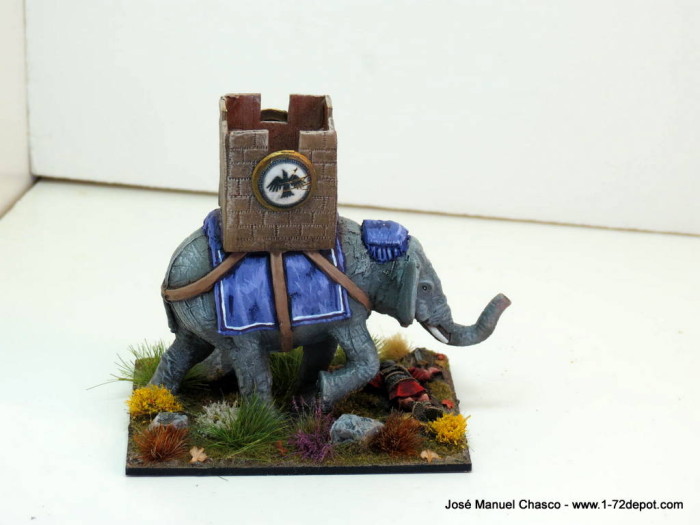 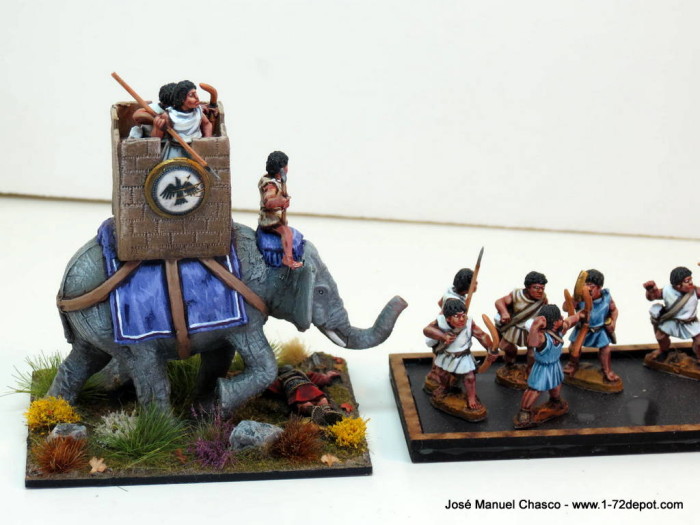 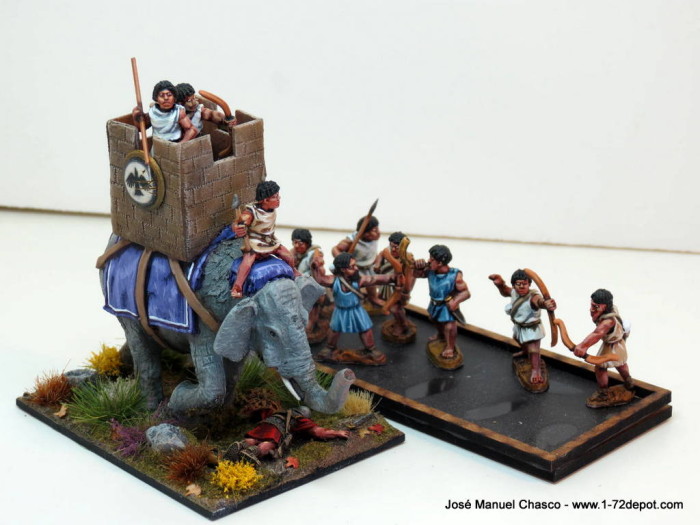 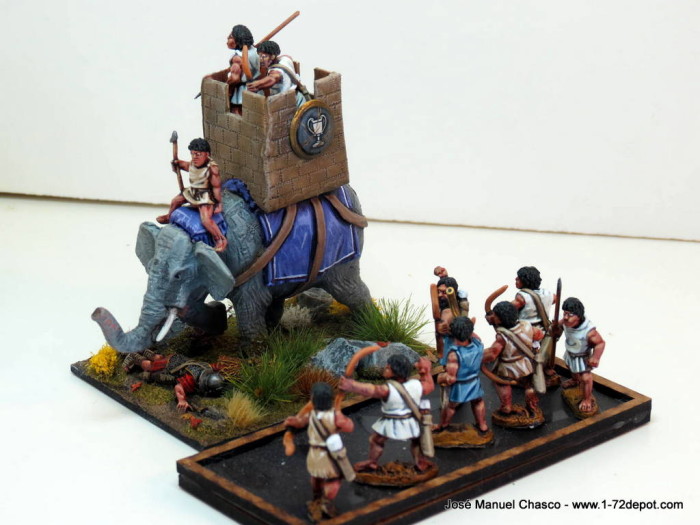 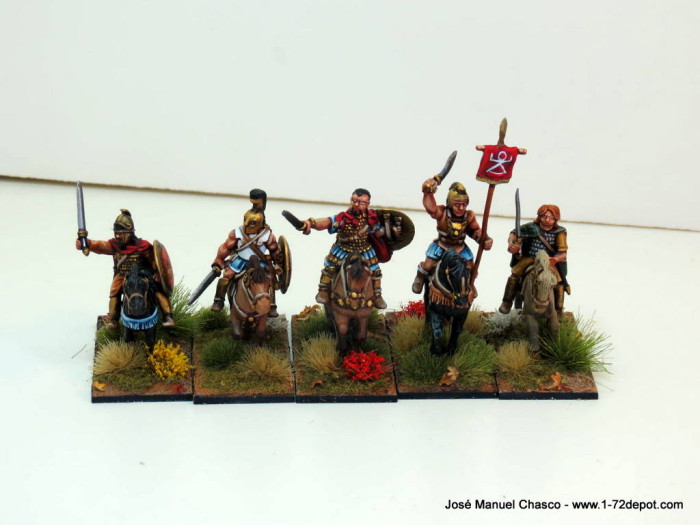 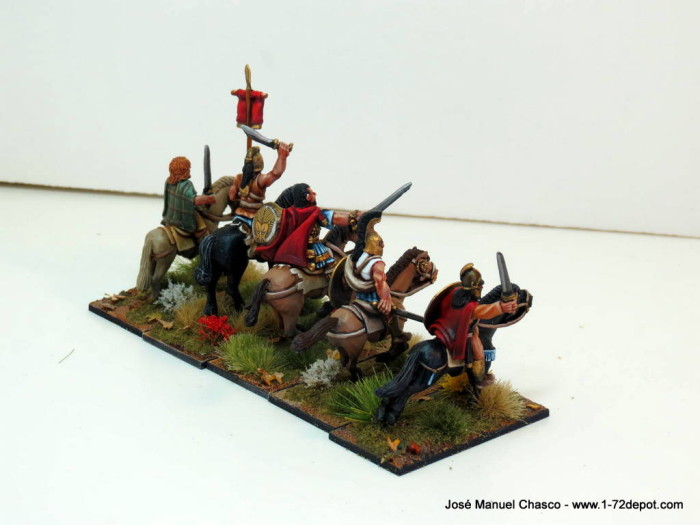 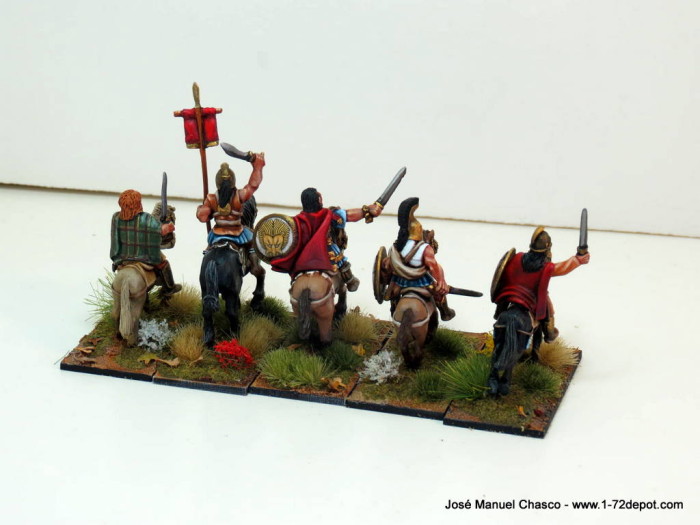 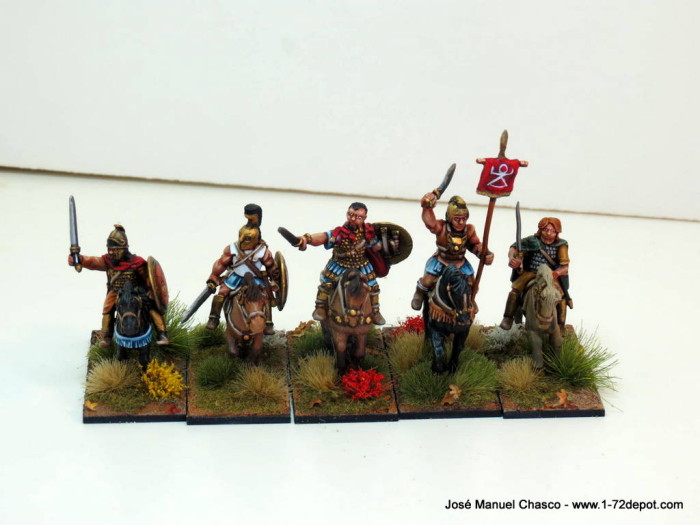 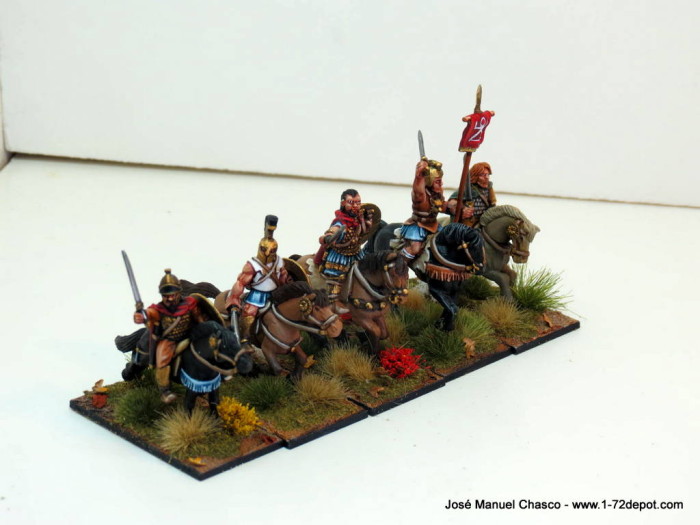 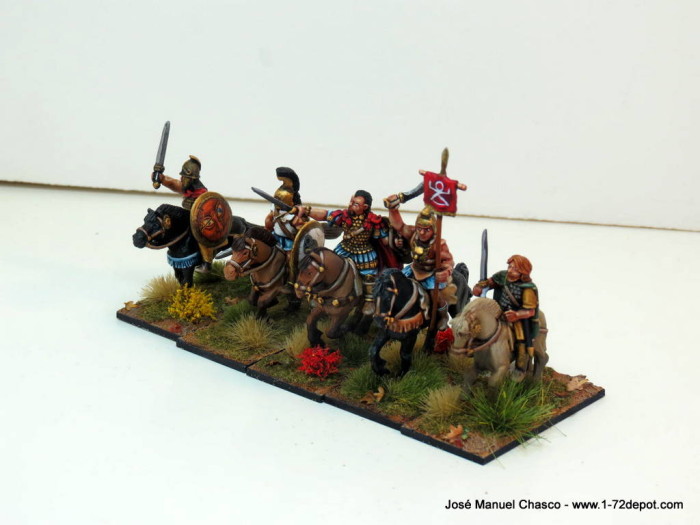 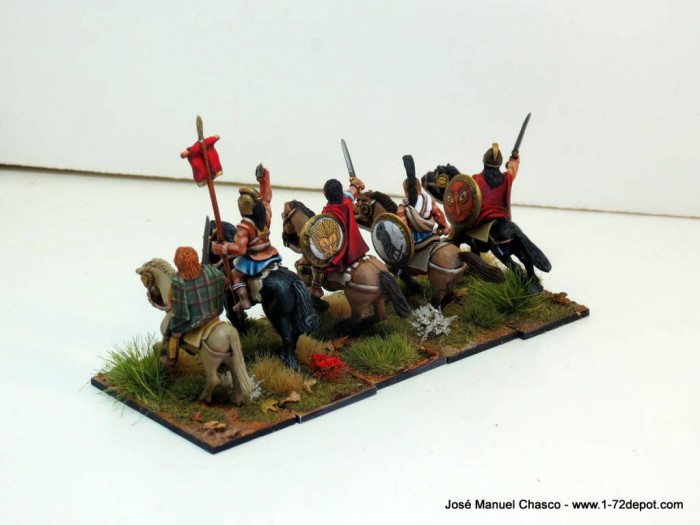