To end for today, a work i ended a couple of months ago, but never found time to take pictures. It’s a Reaper bones dragon, over a LOTR ruins reworked, raided by a Warlord Games cavalry man from their ECW range. Most of the work here was done by airbrush, except final lights and shadows and the rider figure.
He’s part of KoW army, kingdoms of men, in fact, he is the general of the army. Hope he will perform well in the battle.
I enjoyed a lot doing this, first of all, because it’s for me and not commissioned, second because it’s another try to improve my airbrush usage, and last one because i like it, and like how dangerous can be on a KoW battle.
The Reaper dragon it’s a nice piece, cheap, very cheap for his size. 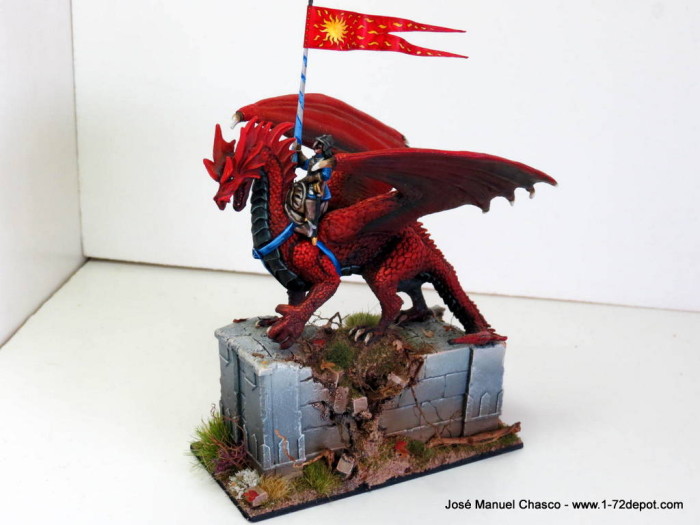 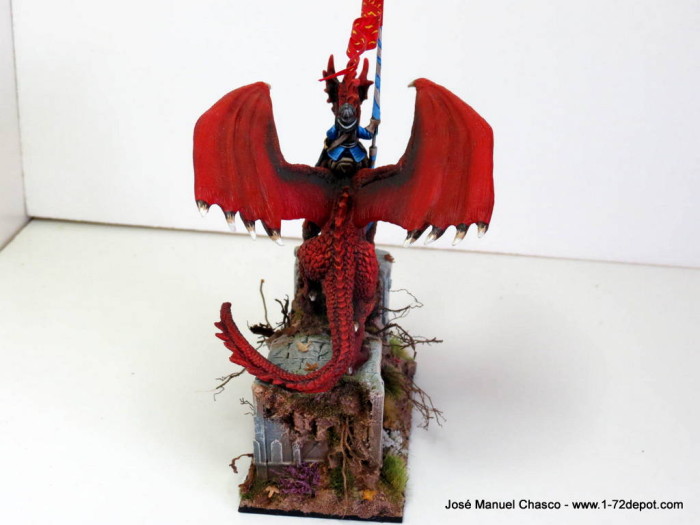 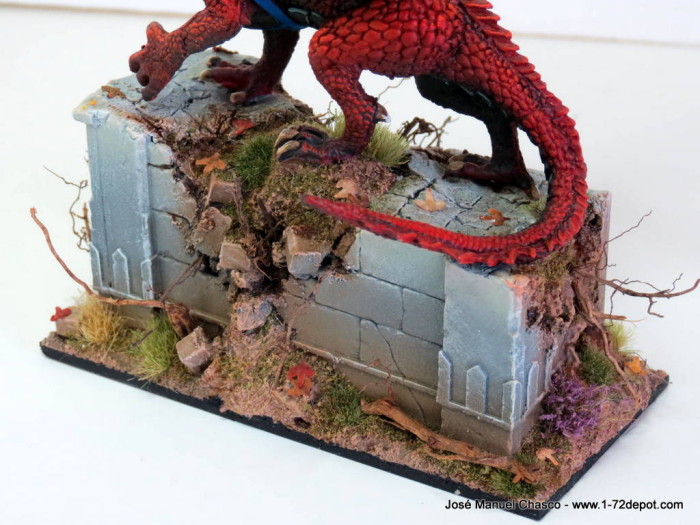 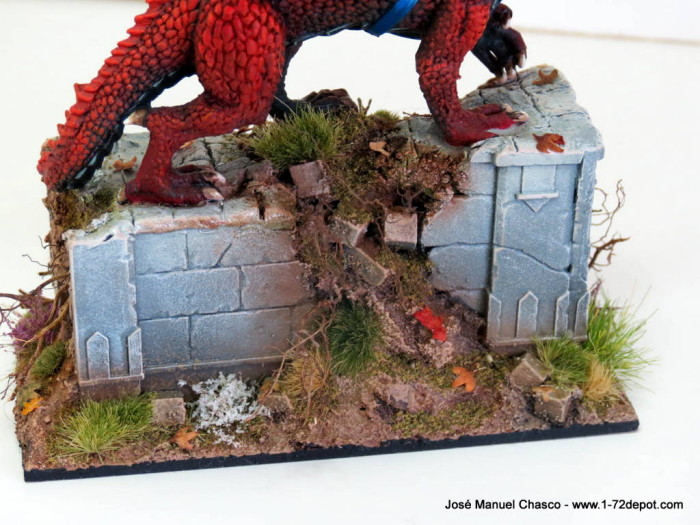 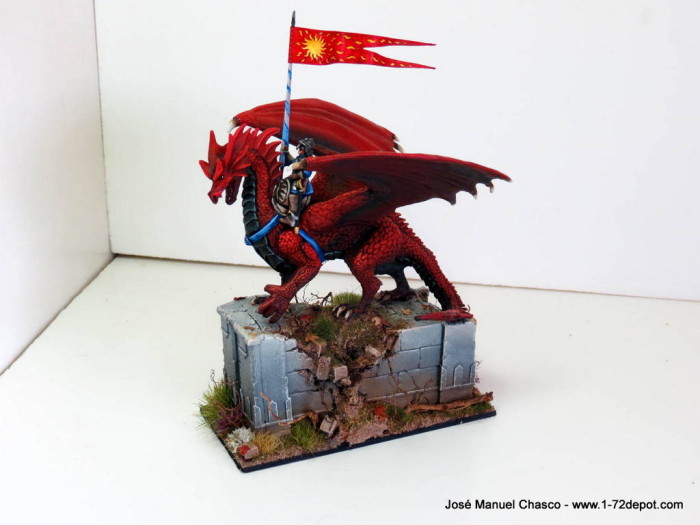