Renaissance is a period full of interesting units, some times everything looks the same, pikes and muskets in a sort of colours populated all the armies from Germany to England. Eastern topics and Ottoman empire add a touch of colour and a well bunch of “exotic” topics. But almost each country had particular regiments which are a pleasure to paint and depict. The Krakow Militia, is one of the best exponents of this. Krakow is a western polish city and in the time, and now, very influenced by Germany, in costumes and all. Also it was a rich city and because this his militia was full equipped and dressed at the time.
Based on an excellent picture from an Osprey book, this guys are usually depicted as showed here, dated so for early 17th century. 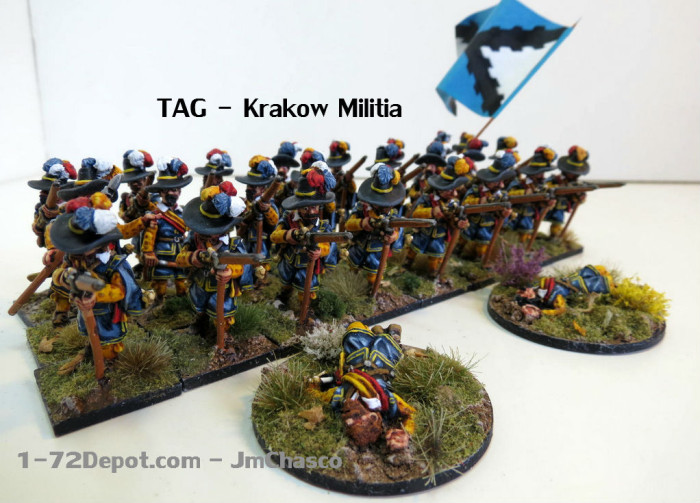 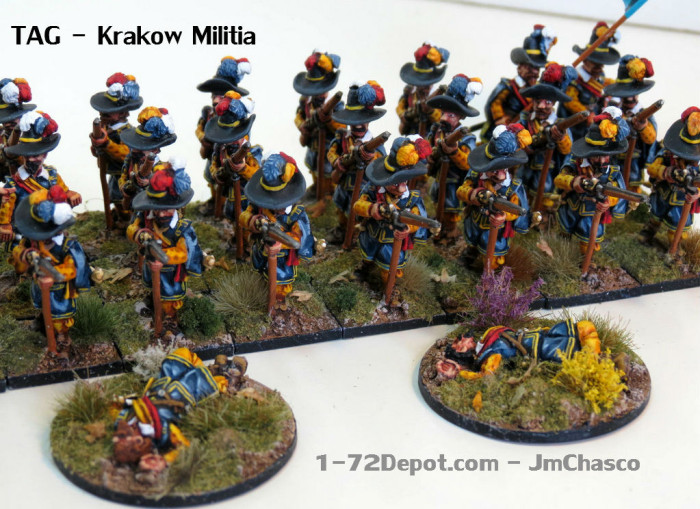 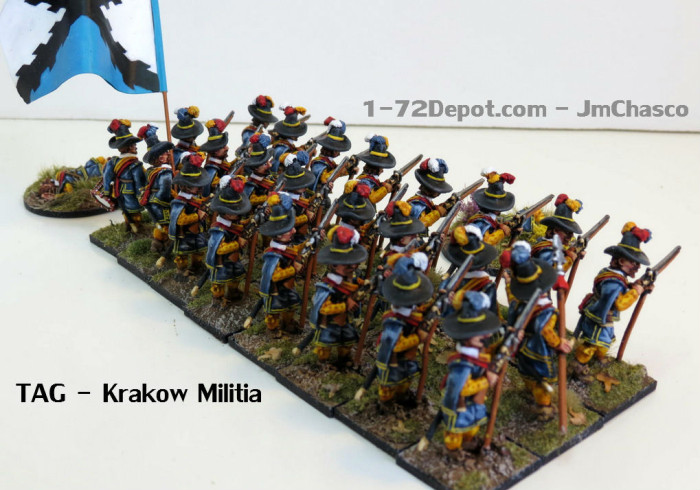 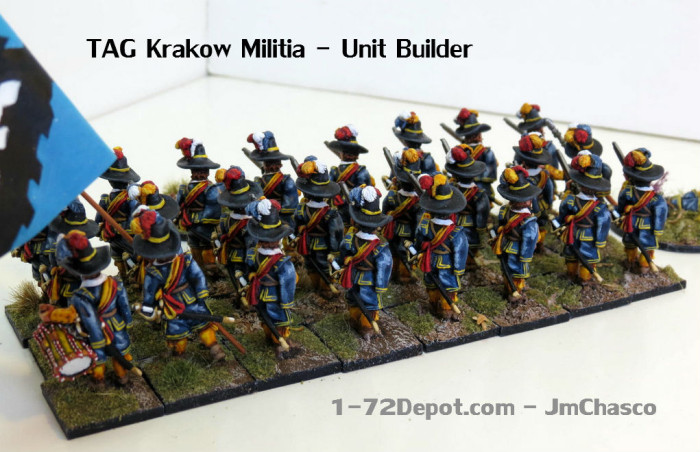 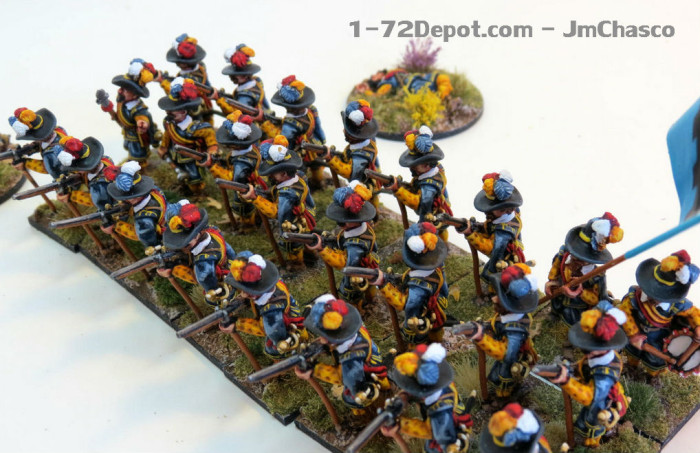 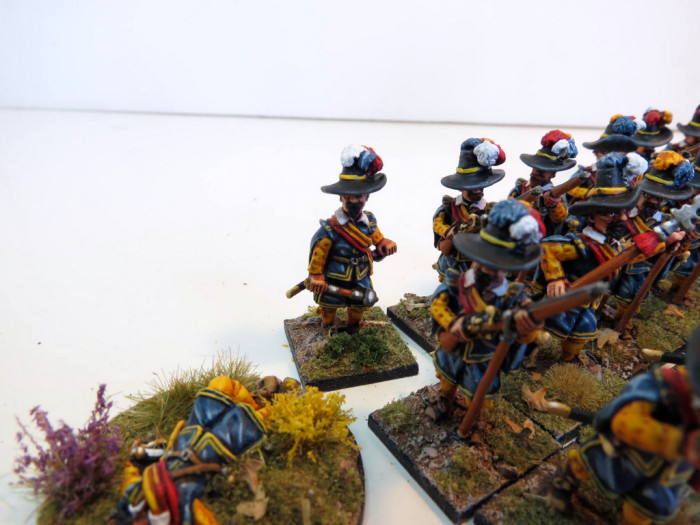 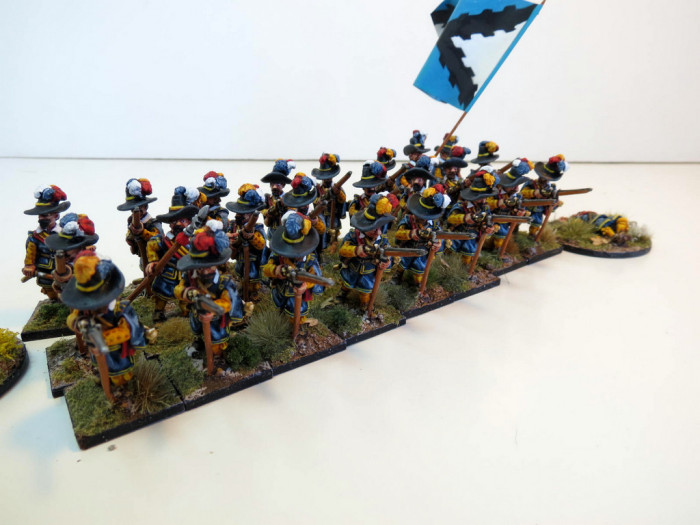 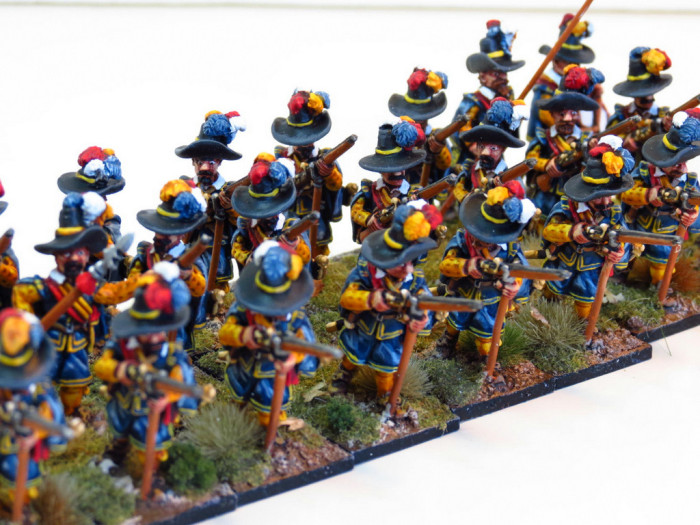 All figures are by TAG (The Assault Group) who provide you 3 different blister for the topic, two musketeers one plus a command, which includes a drummer ,flag bearer and two officers.
The flag itself is hand painted, i did a b/w print including cross and then hand painted it, although probably blue tone is not the very right ones.

Yellow strips are already sculpted in trouser but not in jackets. Best way (for me) to handle this was to paint a wider yellow strip and then one slim blue strip in the middle, that works better (for me) than try to paint two slim parallels yellow strips.

This ends the infantry scheduled for the Polish army (that think my client), joining the four Haiduks regiments already delivered, for a big total of around 125 infantry figures.