As part of the large Ottoman range by The Assault Group there is a nice pack with 3 figures (Ottoman General and staff REN068), 2 mounted and one foot, depicting a high Ottoman officer, who knows if Suleiman himself, and his retinue, comprising a standard bearer and a sort of Janissary officer. The foot figure depicting the same officer (They are wearing same clothes) is a gift figure (Is the second time i paint this nice figure, search on my Polish Renaissance series).
I used here lot of my own printed decals with different patterns, specially on the mounted officer, who also is riding a Warlord horse, just by the convenience of have more saddle to decorate with the decals.
Apply the decals isn’t a fun thing, it consumes almost the same time than paint the figure, and some times, you need to re-do several times the operation. Is not easy cut the patterns for these irregular shapes without any other guide than your eyes, for not to say about to place them, but at the end, result is far from i can achieve by brush, so i think it worth it for these special figures. Pictures aren’t very good today, so one of the patterns applied in the mounted figure isn’t almost noticeable.
Don’t forget to click over pictures to see them in a bit bigger size. 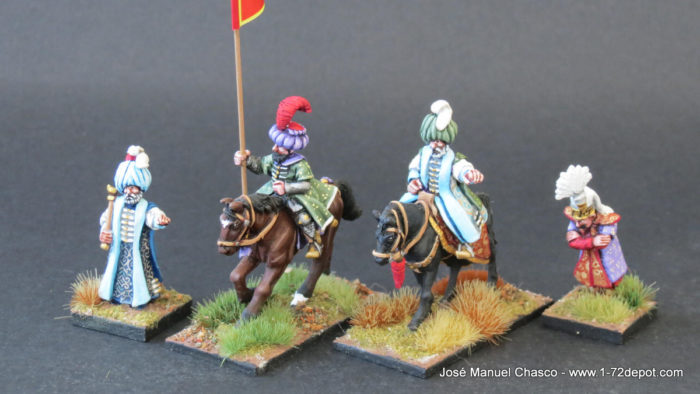 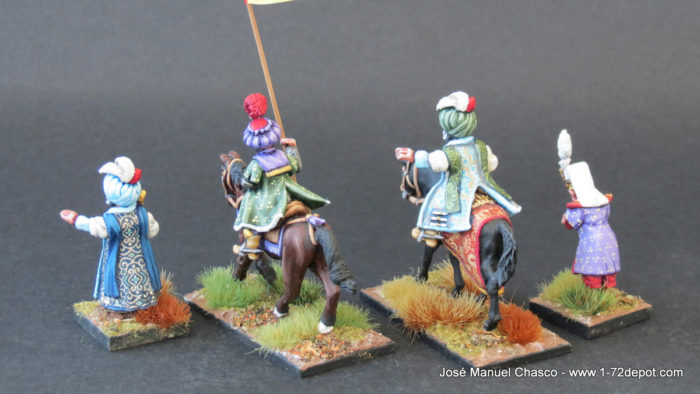 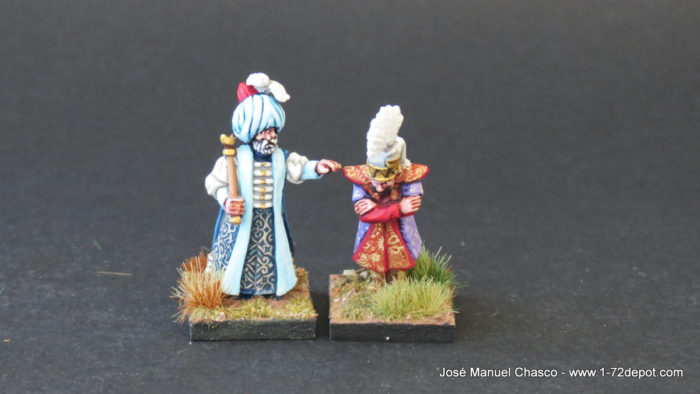 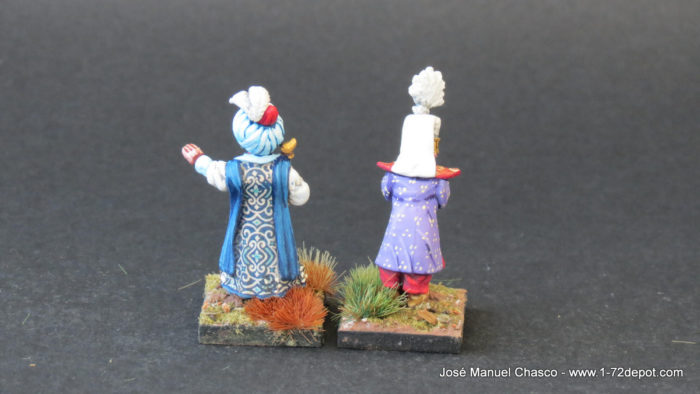 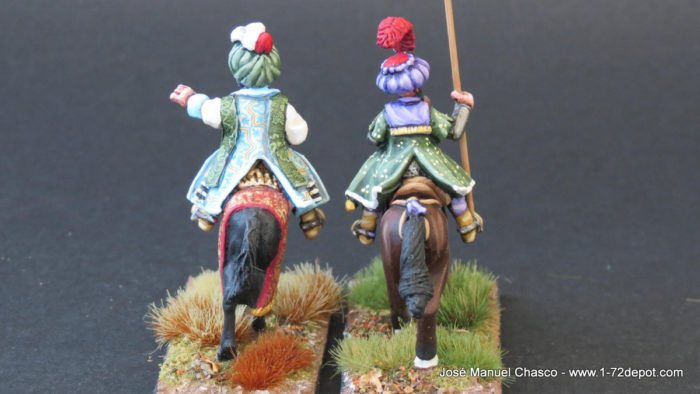 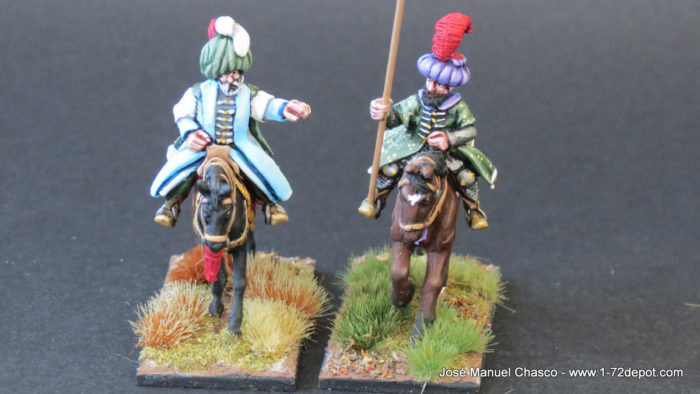