Wallachian Voynik, Ottoman Turkish’s auxiliary troops. Wallachian is a region in the nowadays Romania, and in the time was under the Ottoman Empire control.
During the second siege of Vienna, 1683, Wallachian Corps was given task to bridging Danube.
Warlord have 2 different sets for this topic, one of troop and another for command. Appearance of these guys is clearly based in one Osprey illustration depicting these men. all the troops are armed with halberds, two variants, and come in 4 different poses, although the one opening the shield is a bit odd, seems to be asking for an arrow or shoot.
Command contains 4 figures in 4 poses, 3 officers and one drummer.

Attending to the Osprey’s illustration as well as the Warlord’s show case paint work, there was not much range choose. I used Vallejo Prussian blue as main colour. Vallejo has two references for this colour, i used the darker one as base, and then the lighter, and lighter + white, to highlight the colour. I avoided the use of blue wash in this case, so they look cleaner at the end.
For shields decoration i used “Veni Vidi Vici” transfers. They didn’t look too well, as white one are quite transparent. So i repainted a bit over transfers, not achieving a great look at the end, but in any case, better than a free-hand paint by me.

This is the only regiment of this kind in the big Ottoman army i started with this. A commission work. 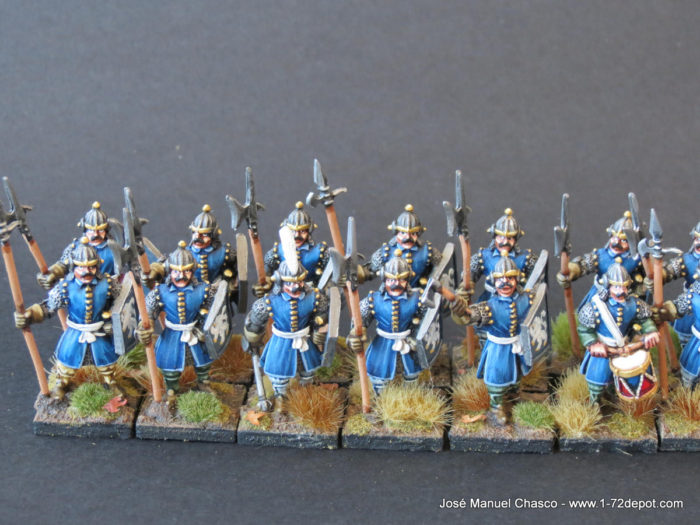 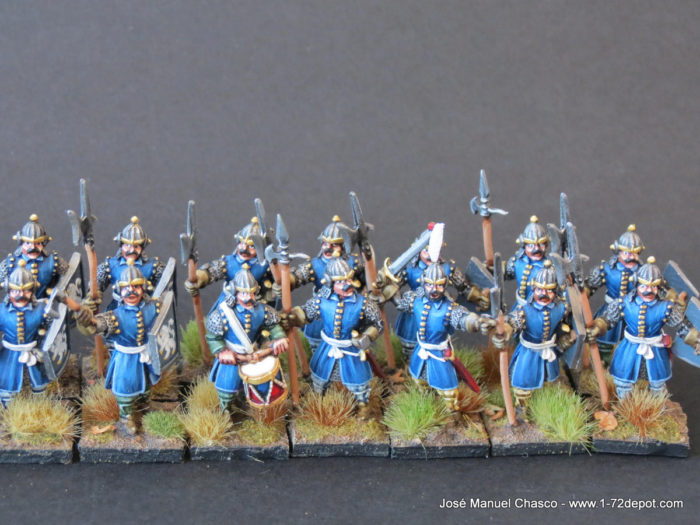 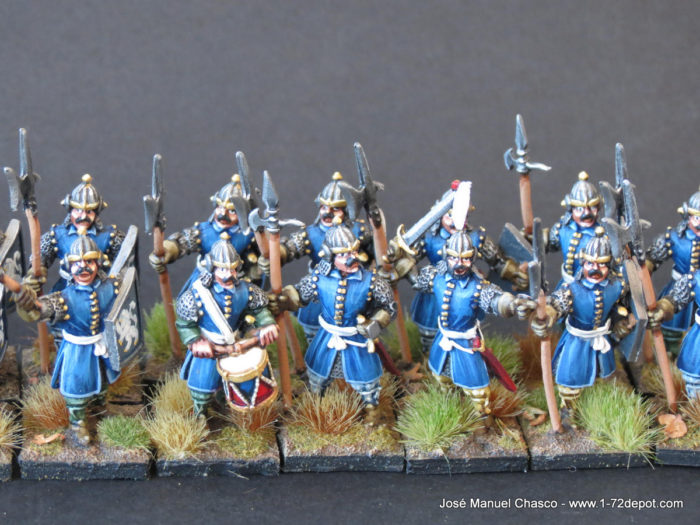 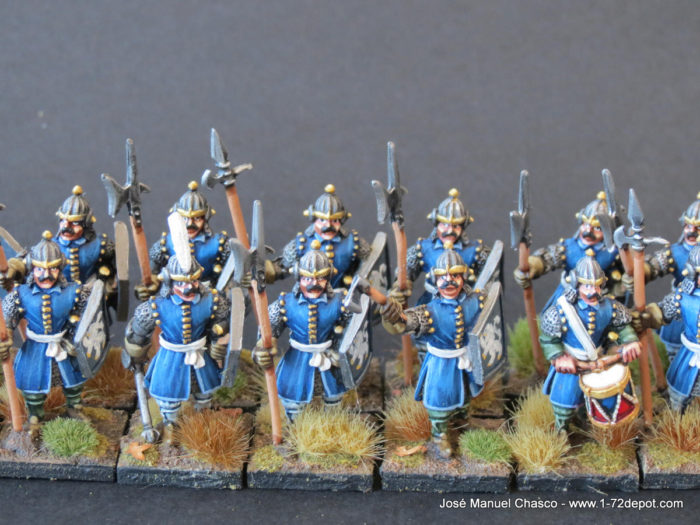 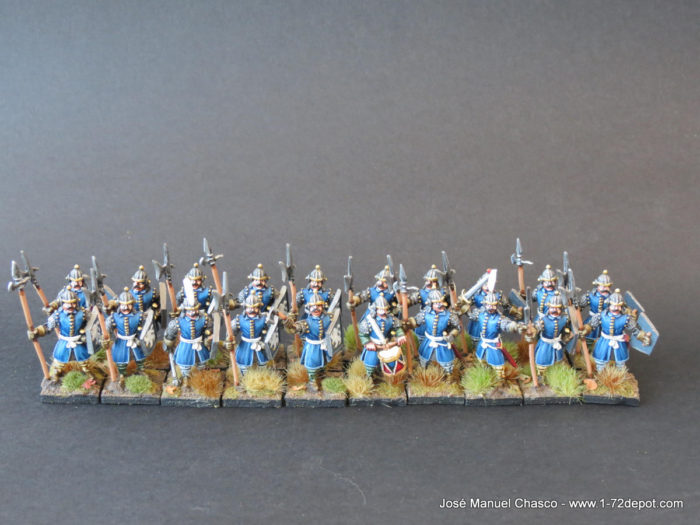 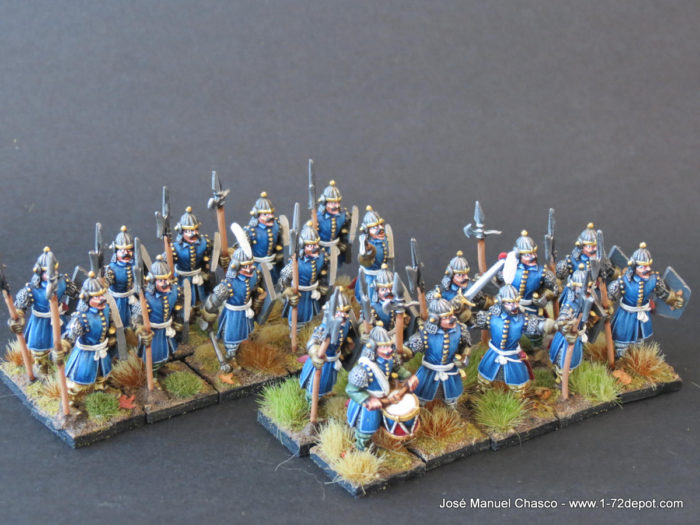 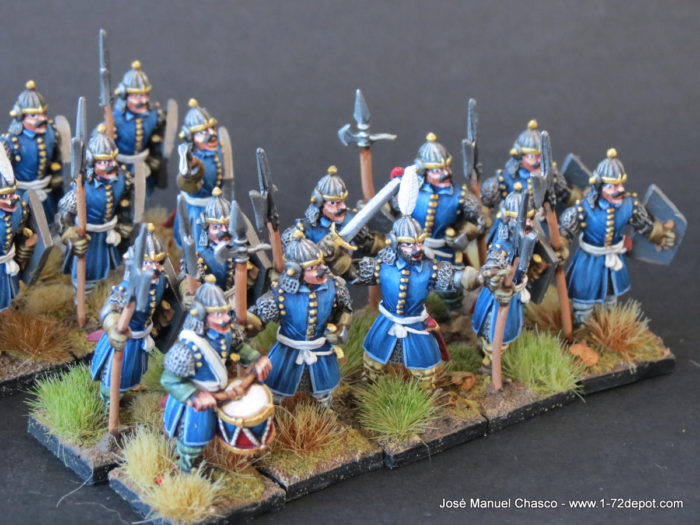 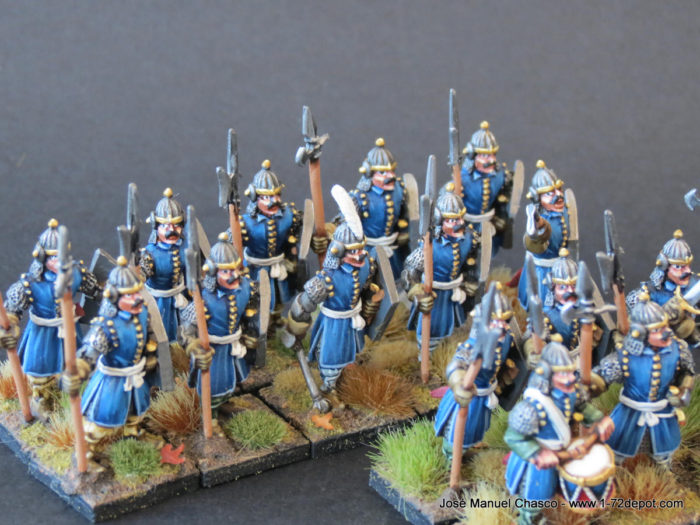 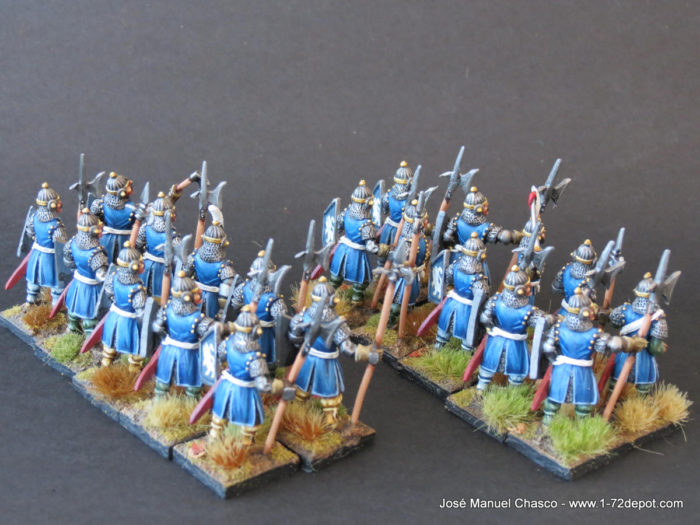 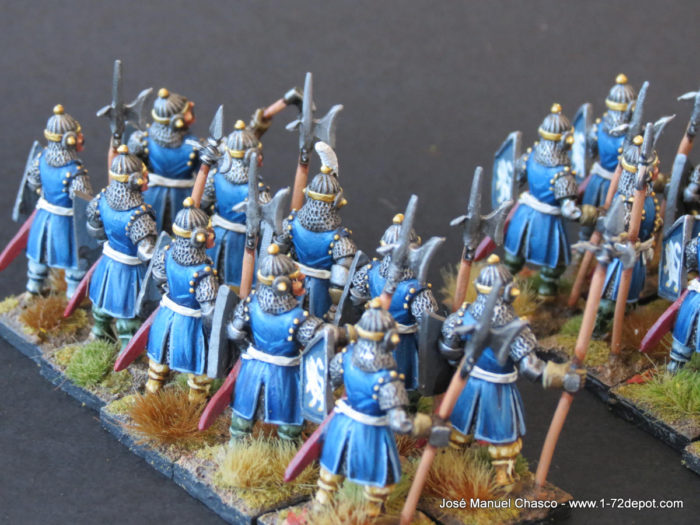 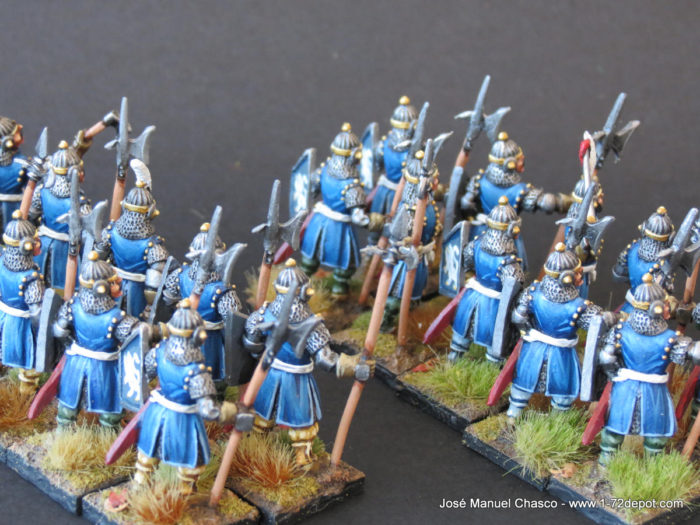 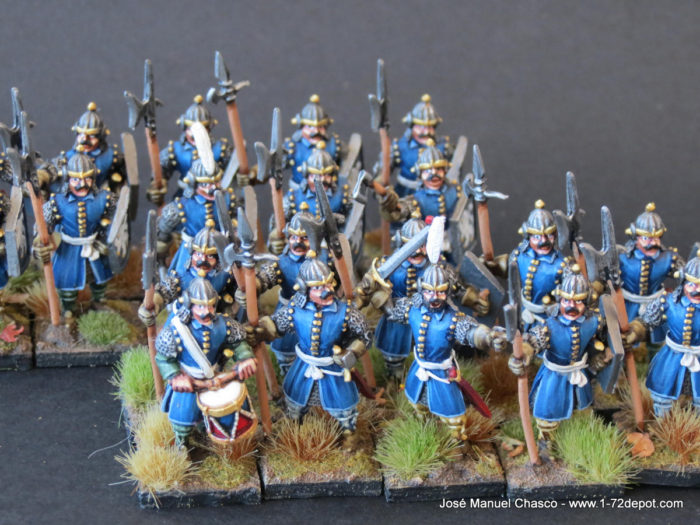 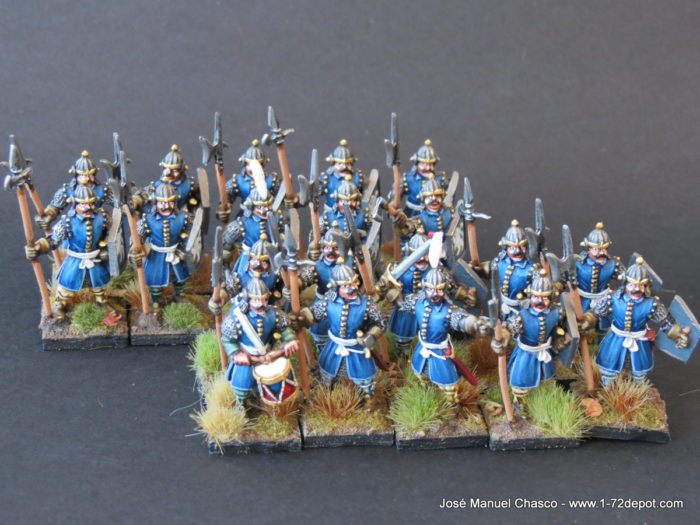